More than 85 Million people reside in the region of Morocco, Algeria, Tunisia Libya, Europe is only 15 kilometers away from the shores of the Mahgreb region, separated by the Strait of Gibraltar.

From the Aerial Views of the Space Satellites, the Mediterranean coastline, at night, appears as if encrusted with a thick strand of white diamonds. Stretching from Spain to Greece to Turkey, the Levant and around towards the Nile Delta, the shore sparkles as an epic reminder of just how many people are clinging to the edge of this sea connecting three of the world's most central continents.

Out of all the North African countries, it is Morocco that has escaped political unrest and remains the most flourishing and dynamic country in the region.  And maybe because of this is that there has been a sudden influx of western influence.  With Fashion labels such as Prada, Louis Vuitton, Ralph Lauren and H&M being some that excude presence in a Mega Mall in the capital Casablanca.

Local Shoppers at the Mall

It is not until the year 2000 that Moroccon Fashion Market began to emerge due to early entrants such as Cartier & Zara that  paved ways for others.   However, as many International brands they may be, there are several challenges that they face - the lack of brand loyalty.  The Strong Textile Industry and the enduring power of the Kaftan.  Many wealthy clients would rather spend Euros 5,000 on a locally crafted caftan than a Dior Dress. 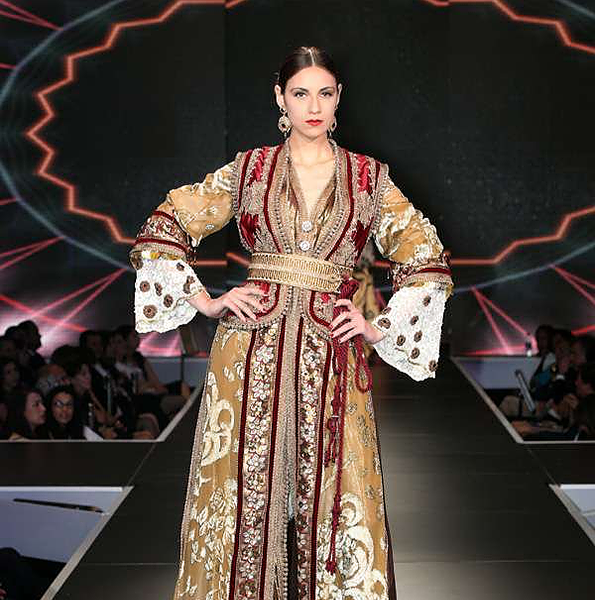 And then there is the stretch between the Super rich and the Poor.  The Middle Class and the Nouveau Rich are probably the only ones shopping in these new fashion malls, whilst the old money prefers to stick to the boutiques staying true to the long personal relationships they hold.  Lastly, Morocco quite evidently suffers from the vunerability of the exogenous shocks that come from Libya, Alegria and Tunisia that still remain behind in social and political development due their traditional ideologies and political issues.

But, when it comes to fashion, queens, princes and princesses often steal the spotlight, and we forget about the most fashionable king in the region: Mohammed VI of Morocco. You don't have to look twice at the Moroccan king to notice that he is not your typical head of state. When he's not donning the traditional Moroccan garb or a professional suit, King Mohammed rocks fashionable outfits that are often bursting with daring prints and colors.

And if the King's in it, then what's going to stop Morocco in becoming the Fashion Country of the Mahgreb region!

Baha'ti has brought you a piece of Morocco in their new collection that you can view here.  Lose yourself or find yourself amongst the beautiful handcrafted jewellery and clutch bags that will take you on a Moroccan Adventure

Below, his Royal Highness wears an Ankara Print jacket specially made by a well known Abidjan Designer. 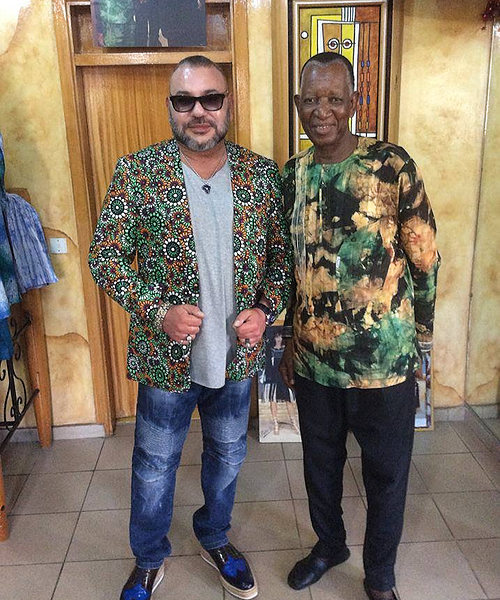